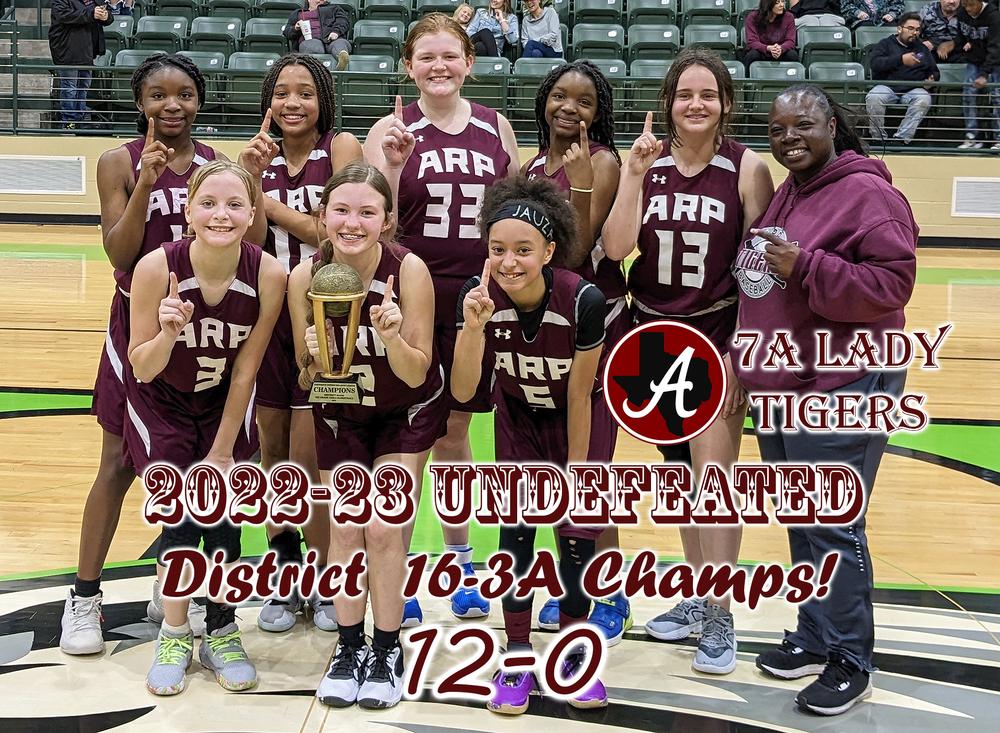 That is what the Arp Junior High 7th grade A team Lady Tiger basketball team accomplished the last three months. 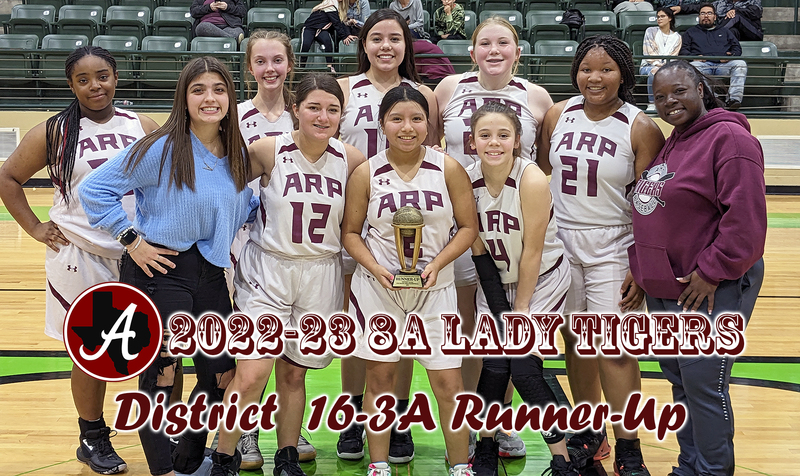 The 8th grade A team girls weren't far behind as they finished as District 16-A runners-up.

Both squads capped off very successful 2022-23 campaigns at the Jr. High district tournament in Tatum Saturday.

Going into the tourney without a scratch, Arp 7A received a first round bye.  They proceeded to hammer rival West Rusk 28-4 in the semifinals.  Then they soundly defeated Jefferson 45-27 in the final.  The Lady Bulldogs were the only team that had played the Lady Tigers close in the regular season.  Arp 7A pulled out that Jan. 12 thriller 26-25. 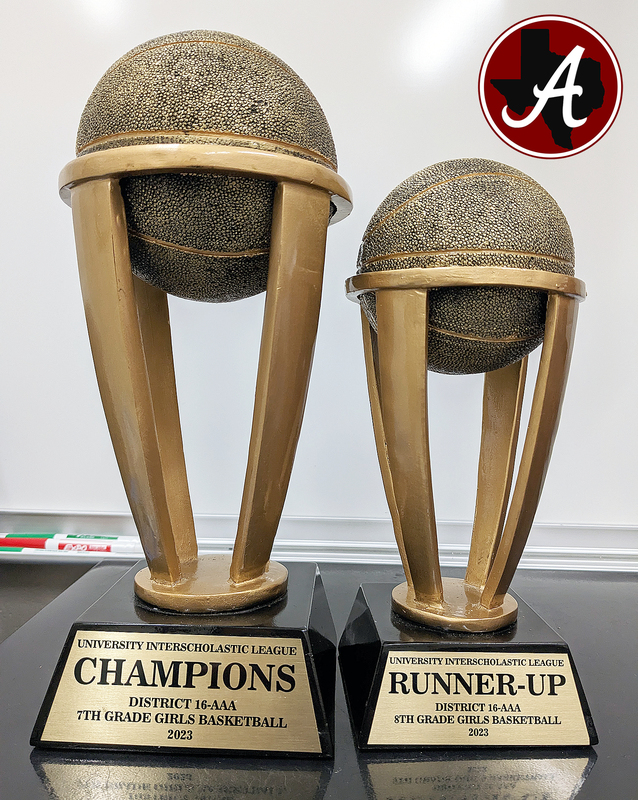 Arp 8A had a lot of momentum heading into the tournament.

They used it to trounce Waskom 45-4, and advance to the semifinals where they held off Tatum for a 24-20 victory.

Arp 8A finished the season by winning seven of their final nine games, coming away with a 7-6 record and the runner-up trophy.

The Arp Junior High girls basketball teams are coached by Angelia Neal, who was assisted this season by Bobby Parker.