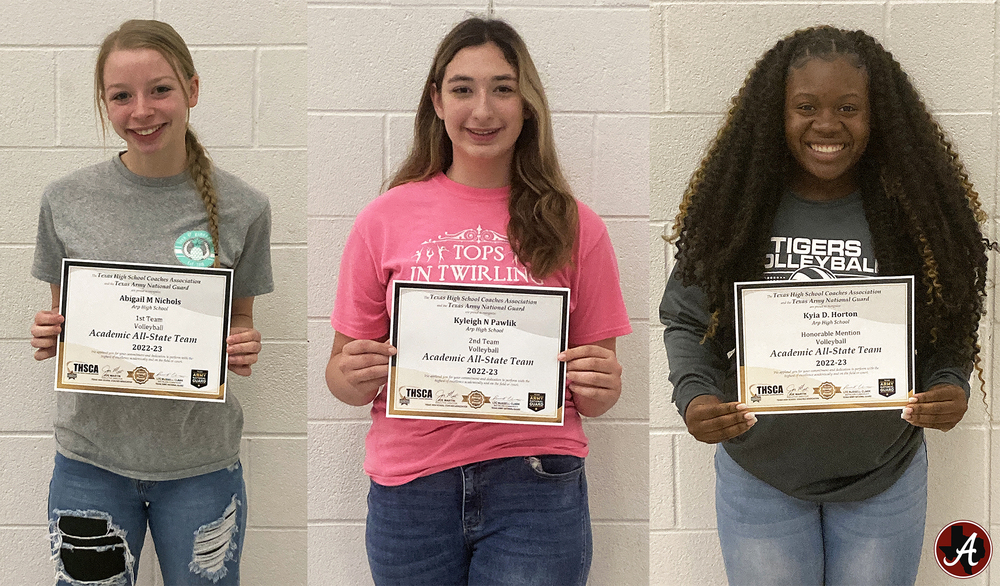 Coming off a big time turnaround season on the court, three Arp Lady Tiger varsity volleyball players were rewarded for their efforts in the classroom as well. 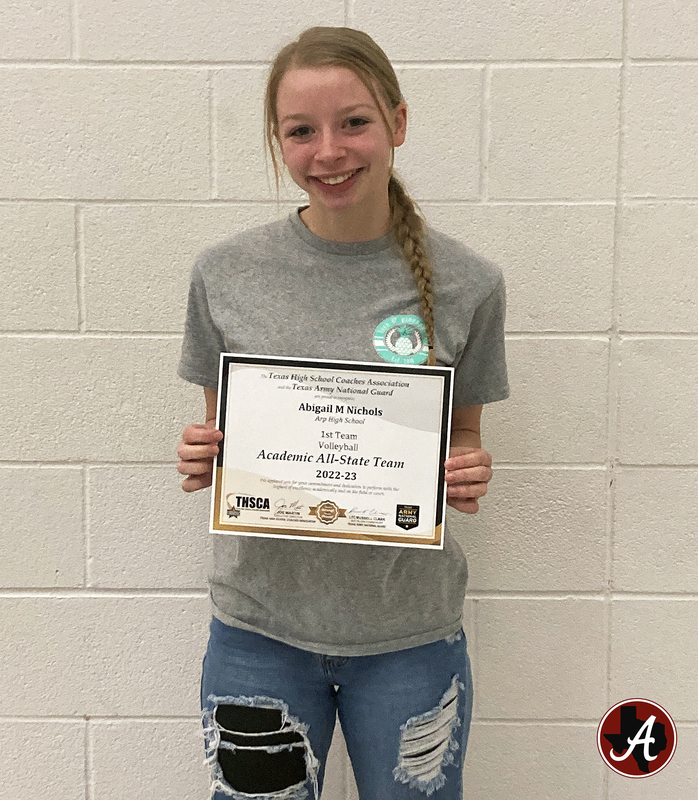 Nichols, who excelled as an outside hitter and defensive specialist, is a first team selection. 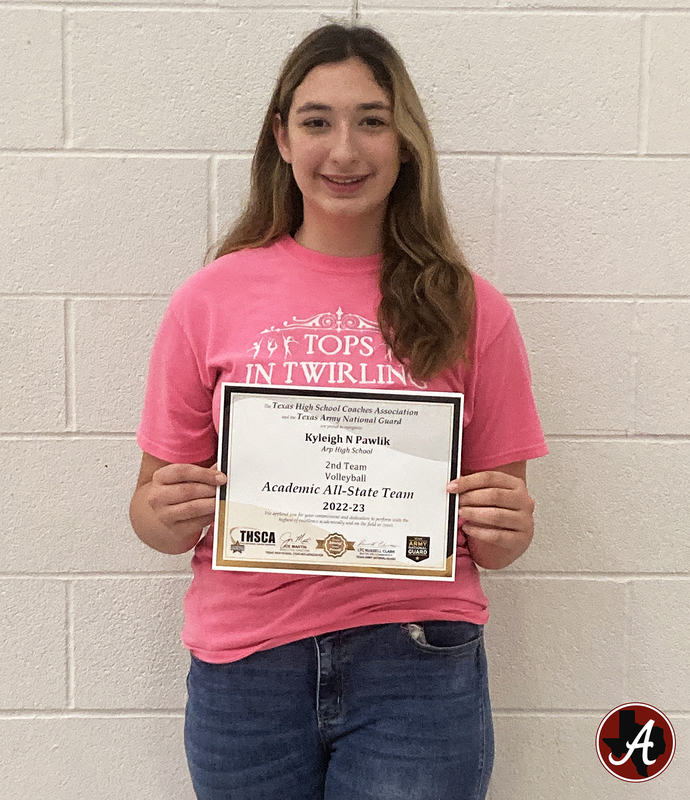 Pawlik, a quality middle blocker for the Lady Tigers, was named to the second team. 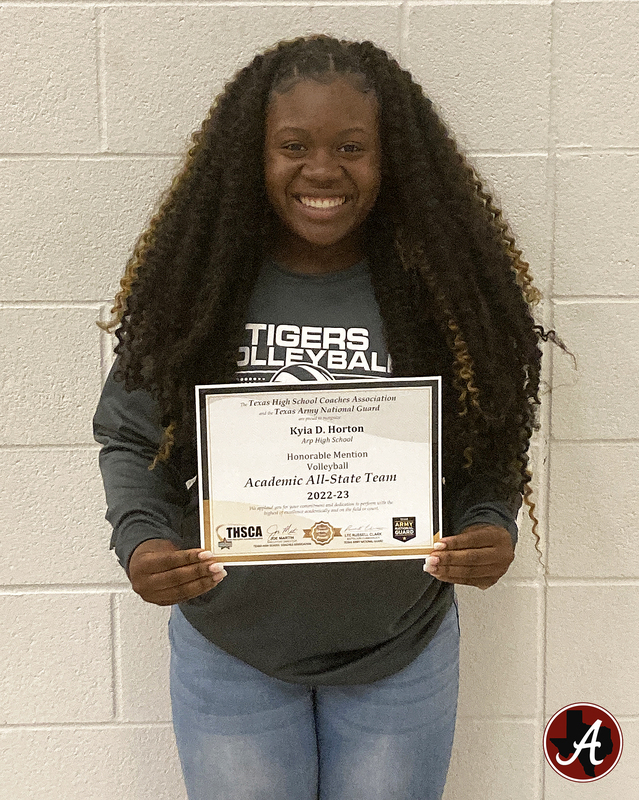 Horton, who had another outstanding season as the team's starting setter, received honorable mention.