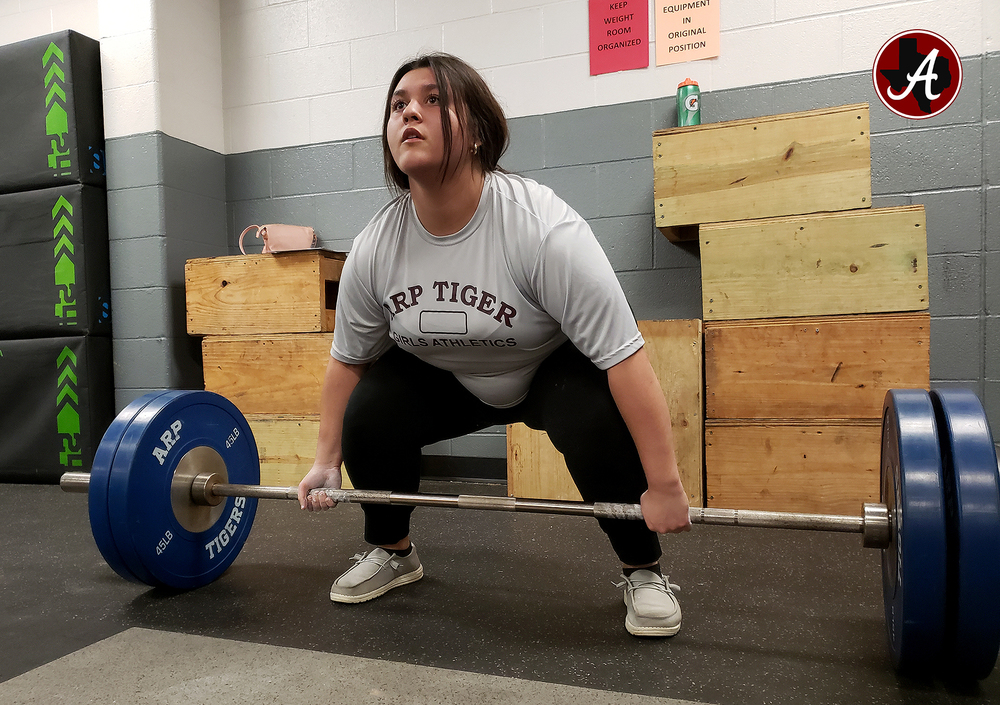 Steadily improving all season, senior Kirstin Millerd is hitting her top marks when it counts the most.

Millerd matched her season bests in the squat and deadlift at the girls Region 3 Division 3 meet while bettering her bench press mark by an impressive thirty pounds.

Her total weight (amidst all three lifts), which was also her best total of the year at 905 lbs., garnered her a second place finish in her weight class.  It also earned her a ticket to the THSWPA State Championships 3A small schools meet.

The state competition is scheduled for 8:00 a.m. Thursday March 17 at the American Bank Center Exhibit Hall in Corpus Christi.

Sophomores Skylar King and Tiana Foutz also qualified for regionals.  Their weight totals in the competition were their season bests as well. 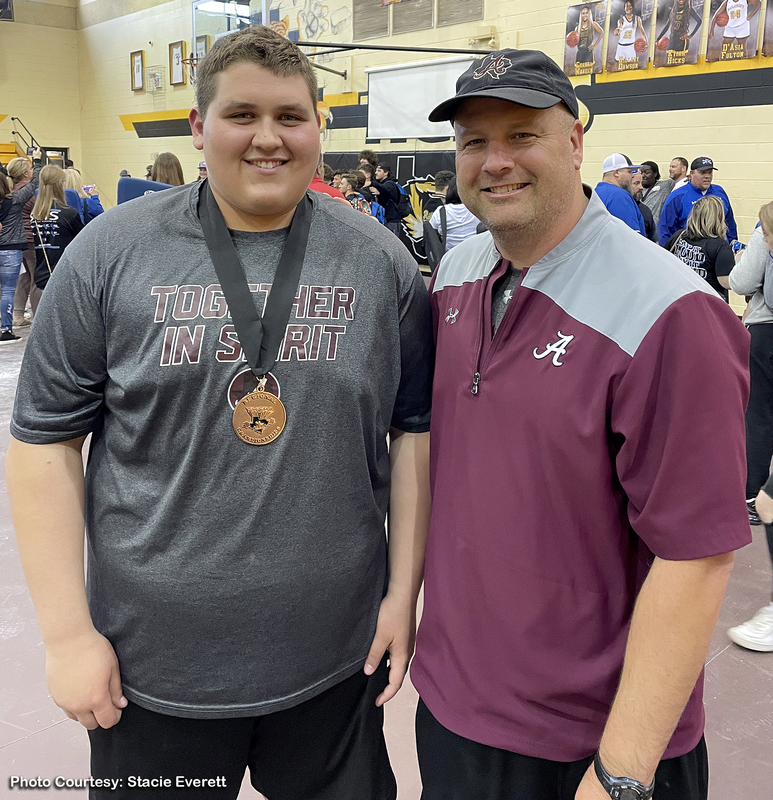 On the boys side, freshman Bryce Everett showed out for the Tigers.

At the Region 3 Division 3 boys meet in Malakoff March 5, Everett became the first Arp male powerlifter in over a decade to medal at a regional event.

Everett finished fifth among the super heavyweights.  While that didn't send him to the state meet, Everett also had his best performance of the season last Saturday.