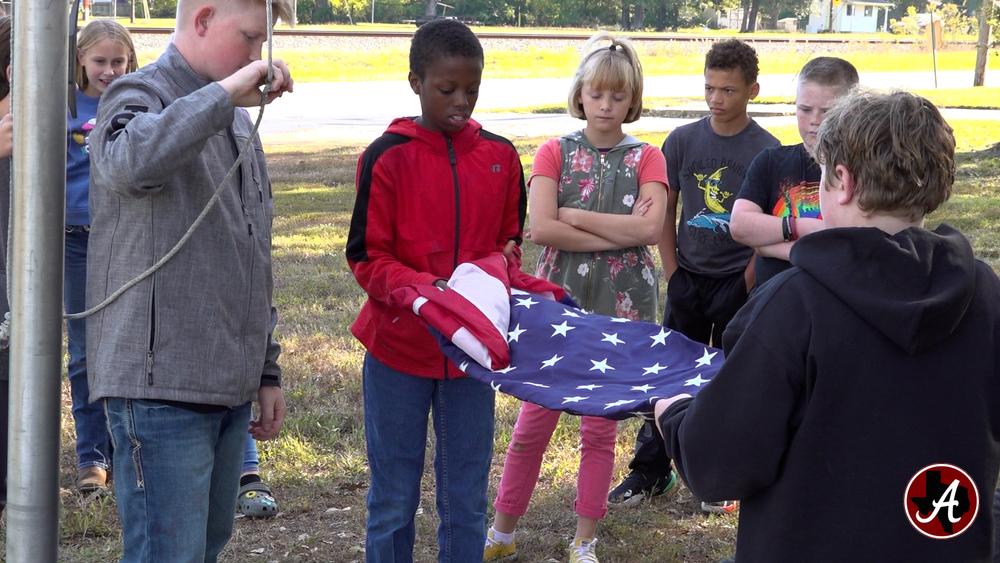 In honor of Veterans Day, all three Arp ISD campuses prepared a program showing respect and remembrance of this national holiday.

Please enjoy the video above as we pay tribute to all that have served in one capacity or another in the U.S. Armed Forces.

"This Land is Your Land" By Woody Guthrie.

"You're a Grand Old Flag" By George M. Cohan.

Arp Junior High Students under the guidance of principal Jason Shieldes raised a United States flag at a flag pole dedicated to our veterans.  They then recited the "Pledge of Allegiance."

That was followed up by a poem.

"They Keep Us Free" By Roger Robicheau was recited by eighth grader Elizabeth Lee.

The Arp High School program, directed by principal Mike Miller and band director Chris Cook, consisted of a concert by the Tiger Pride Band as well as the reading of two historic excerpts.

Junior Landry Barry read "The Origins of Veterans Day" as it is chronicled by the U.S. Department of Veterans Affairs.