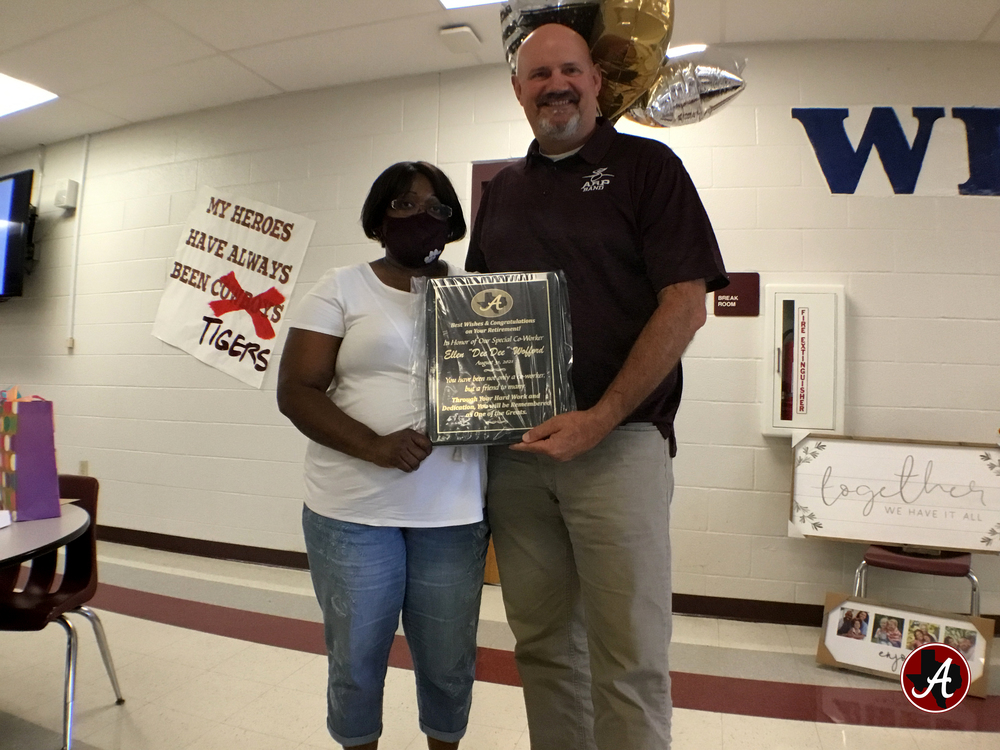 The district's administration and staff showed their appreciation for her many years of service by holding a small ceremony at Arp High School's L.J. Johnsoncommons area. 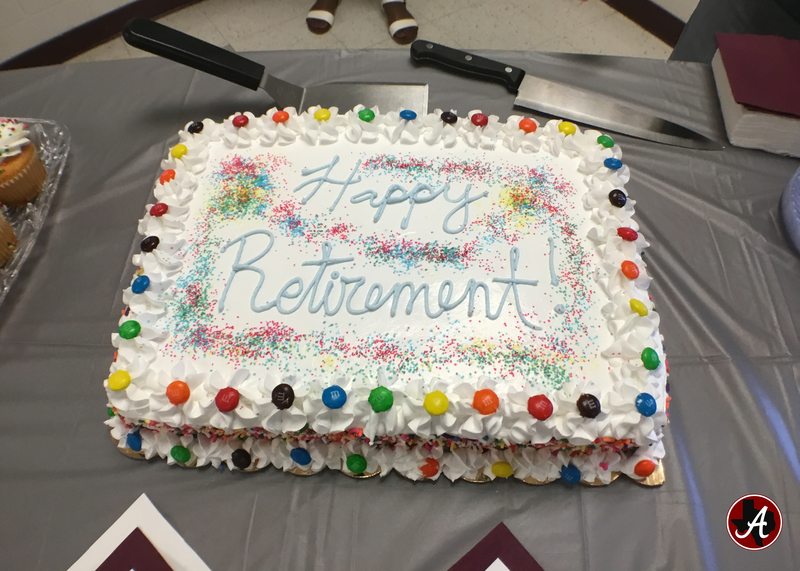 She explains that at the time, her daughter, who was in third grade at Arp Elementary asked her, "Will you still be there when I get to junior high?"

Six years later, she became part of the district's administration when she took over the position she held until this week.

As she reflects on her time as a Tiger, Wofford said, "I was blessed to watch my daughter and son go all the way through and graduate," from Arp High School.

Her son went all the way from Pre-K to graduation at Arp ISD.

Wofford now has four grandchildren that attend school at Arp.

As a payroll clerk, Wofford wore a number of hats, and assumed a number of responsibilities.

The last of those of course meant, she made sure that every district employee got paid every month. 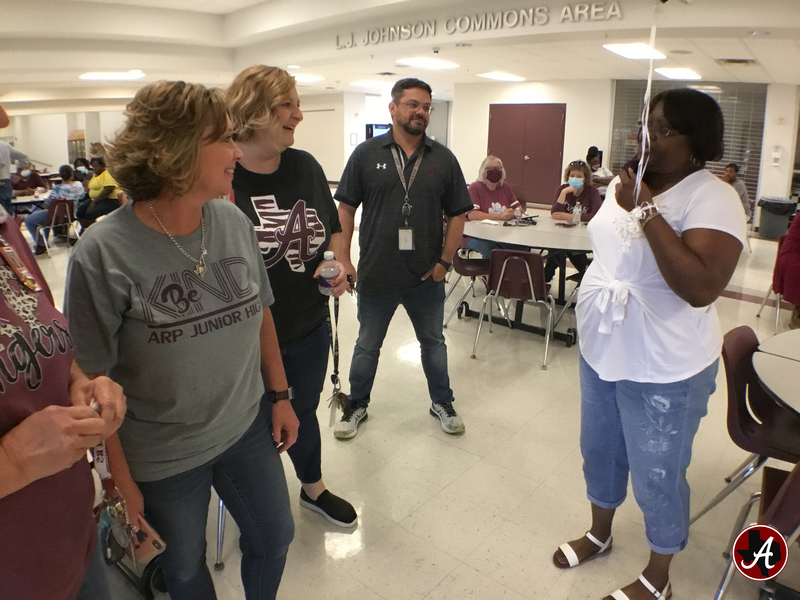 "You have been not only a co-worker, but a friend to many.  Through your hard work and dedication, you will be remembered as one of the greats."